The Enneagram is a powerful self-awareness tool that helps us explore the diverse personality traits, gifts, vices, and “deadly sins” that describe our unique selves. The Enneagram provides a helpful framework to describe how we amazingly reflect God’s image (our True-Self), as well as how our sin patterns can distort and mar that image (our False-Self). Each registrant takes an online WEPSS Enneagram assessment in advance of the workshop. With detailed and personalized results in hand, we spend the time together exploring the self-discovery insights offered by this tool. 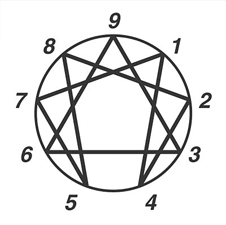 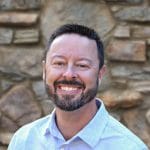 Richard
Read More
"Rick's energy, grace, warmth and wisdom are such wonderful gifts -- highly recommend the Enneagram Workshop both as a powerful tool in one's own spiritual formation and also to help appreciate and value others as God is shaping them along with us with God's transforming love."
Nicole
Read More
"I honestly was so blown away with the quality of the content. I have been an enneagram nerd for so long and have taken many courses through PCCI and Dr. Wilders Thrive training, and this Enneagram was top notch. I learned so much! I felt so blessed to be a part of that class and could not believe the price was so affordable after I took it. I look forward to more learning together in the year to come."
Graham
Read More
"This was my introduction to the Enneagram and it was amazing. Rick was a fabulous presenter. Just scratching the surface. Thanks for all the resources. Looking forward to diving deeper. Most helpful concept was to keep in mind that this is a recipe. Also, remembering that our spiritual gifts are a reflection of God's attributes given to us is very helpful and a very cool truth. Thanks so much. Best $49 and 3 hours I have spent in recent memory ! God's Peace"
Linda
Read More
"It was fabulous. I have read a lot and attended workshops, but this less formulaic approach is refreshing and makes so much sense. I have been trying to "fit" the emphasis I observe in my own Enneagram type patterns into what I thought was a cohesive approach taking into consideration wings, paths of integration (etc.) and harmony triads. This allows for so much more freedom - and with a particularly strong emphasis on being transformed into Christlikeness seen across the virtues of all types."
Amy
Read More
"Participating in the Leadership Transformations Enneagram workshop exceeded my expectations! I have read 3 different books on the Enneagram in the last few years and although they were good this workshop perspective and teaching was the most enlightening and encouraging for my continued spiritual formation!"
Sherri
Read More
"I highly recommend this training to everyone - whether you are new to the Enneagram or have been engaging with it for a long time. The teaching is biblical, solid and comprehensive. There are clear and necessary explanations about the importance of how to engage with the Enneagram....and with ALL the journeys that transform into living images of the virtues of Christ. I wish all my psychotherapy clients as well as spiritual directees could attend this!"
Previous
Next 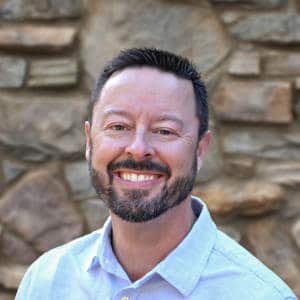 Rick has a passion for spiritual formation and leadership development. He has completed the Selah Certificate Program in Spiritual Direction through LTI. He has also completed New Way Ministries’ School of Spiritual Direction and the Advanced School, both taught by Dr. Larry Crabb. Rick is a graduate of Biola University’s school of business. Prior to LTI, Rick served as the COO of the Christian Writers Guild and the Director of Finance & Operations at Trinity Law School. He currently serves as a board member for Peregrine Ministries and Beyond Survival. Rick and his wife, Lisa, live in Colorado Springs with their three boys: Cameron, Mitchell, and Jackson. Rick loves spending time with God in nature, laughing with friends and family, exploring new places, fixing things, watching movies, and taking in a strong Colorado thunderstorm. He also enjoys golf, international travel, and woodworking.  “It is such a joy to serve with the incredible people who make up this team and this amazing ministry of spiritual formation/soul care.”