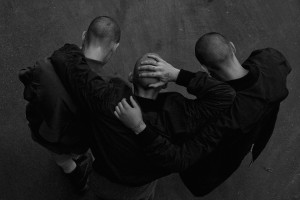 Cain and Abel were the first brothers to be born of Adam and Eve. You’d think that with so few people on planet earth they’d be able to get along fabulously…not so.

Jealous Cain was miffed that the Lord favored Abel’s offering of fat portions from some of the firstborn of his flock, with Cain bringing some of the fruits of the soil he worked. Makes sense to the common reader that both would be rather equal. But, the Lord preferred what Abel offered, most likely because of his God-fearing heart.

Since sin had encroached at the door of Cain’s heart, he conspired out of anger to attack and kill Abel. Out in the field where no one could see this act of irrational man slaughter, he jealously and vengefully murdered his brother. But, when confronted by the Lord after his dirty deed, “Where is your brother Abel?” Cain lied and said, “I don’t know. Am I my brother’s keeper?” (Genesis 4: 6-9)

The Lord said, “What have you done? Listen! Your brother’s blood cries out to me from the ground.Now you are under a curse and driven from the ground, which opened its mouth to receive your brother’s blood from your hand. When you work the ground, it will no longer yield its crops for you. You will be a restless wanderer on the earth.” Cain said to the Lord, “My punishment is more than I can bear.  Today you are driving me from the land, and I will be hidden from your presence; I will be a restless wanderer on the earth, and whoever finds me will kill me.” But the Lord said to him, “Not so;  anyone who kills Cain will suffer vengeance seven times over.” Then the Lord put a mark on Cain so that no one who found him would kill him. (Genesis 4:10-15).

What do you notice about the Lord’s treatment of Cain?  He confronted Cain with a simple question about the presence (in reality: absence) of Abel. Then, he confronts Cain with the truth of his vicious murder. And, he sends him out as a restless wanderer, no longer able to work the land he was originally created to do. But, what’s so remarkable is that the Lord spares Cain’s life, guarding him from anyone who would seek to kill him. The mark on Cain would be one of sovereign protection.

When God speaks he voices truth at all times. He is fully aware of the activities of his children. He brings about justice and discipline for acts of disobedience. But, he always loves with mercy, kindness and grace. Cain deserved the death penalty for so viciously and violently murdering his brother. When in fact he should have been Abel’s keeper, he instead was Abel’s destroyer. Even then, with such a heinous crime coming from his sinful heart, God in his mercy spares his life.

What sin are you most aware of that without God’s grace, mercy, and forgiveness you would be much worse off today? And, in what way can you be your “brother’s (or sister’s) keeper” and urge another caringly to remain faithful to the Lord?