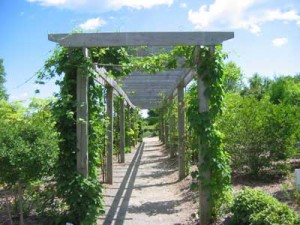 After Benedict’s seventh chapter on “Humility” the rest of his Rule of Life is filled with many practical items, some which occupy a paragraph or two, and others with a bit more explanation. What’s fascinating about the remainder of the Rule is how specific he becomes about areas of community life and their shared life of prayer.

For example, the eighth, ninth, tenth and eleventh chapter deal with the time for the night office (which is known as Vigils), how many psalms are to be read in the night office, the arrangement of the night office in summer, and how to handle Vigils on Sundays.  His care for the particularities of their life together is a sign of his love for his brothers and his desire for unity and oneness in every aspect of communal living.

From the twelfth chapter all the way to the seventy-third (which is the end of the Rule), Benedict spends time articulating even more specifics about how the Rule should remain central to the brothers life with God and each other. Here’s a brief listing of the kinds of things he makes note of in the remainder of the Rule:

·         Tardiness and handling mistakes made by a brother

Benedict ends the Rule with a final chapter describing how the Rule was written only as a starting point for those who would live together under such mandates. “So we can show that we have some degree of virtue and the beginnings of monastic life. With Christ’s help, keep this little rule that we have written for beginners. After that, you can set out for the loftier summits of the teaching and virtues we mentioned above, and under God’s protection you will reach them. Amen.”

Benedict’s Rule of Life has been sustained since the early 500’s AD.  I’m amazed at the agility of the Rule to survive multiple generations of Christians who have sought to follow these very specific items in their communal life.  It’s by no means a “perfect” Rule, in fact as Benedict has described it in these final words, it’s written for “beginners” and is kept simple and straight forward in wisdom and godliness.

The life God invites us to fulfill is also pretty straight forward, presented to us in his Word. We often stray for the simplicity of his instructions and take matters into our own hands. That’s why it’s important that we too consider our own personal Rule of Life, writing down that which we believe to be true about living our lives fully for God.  Join those who are seeking to do exactly that at www.RuleOfLife.org and consider today how best to articulate your Rule of Life under the loving and guiding hand of Almighty God. Let me know how it goes, ok?